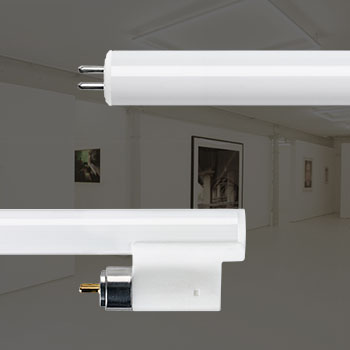 The Rathgen Research Laboratory is considered the oldest museum research laboratory in the world. It is named after the chemist Friedrich Rathgen, who was deeply involved in the conservation and analysis of historical objects. Founded in 1888 he was the head of the Chemical Laboratory of the Royal Museums in Berlin.

As a scientific research institution of the Staatliche Museen zu Berlin, the Rathgen research laboratory not only provides professional guidelines for its collections, but also collaborates with national and international partners on art-technological and conservational projects. A focus of its work and research is the selection of suitable illumination for use in museums. LED lighting is becoming more or less standard in museum lighting.

LED light, like other light sources, can also have negative effects and varies considerably in quality. Rathgen Research Laboratory has compiled a considerable database that allows for comparisons assessing not only colour rendering, but even their potential for damaging the illuminated objects. Due to economic and environmental reasoning LED lighting is at the forefront of museum lighting. Yet not without controvery as unlike a traditional light bulb, LED light is not composed of a continuous spectrum. Usually three colours are mixed to provide white light. Since a higher proportion of blue light is often used then possible damage from some LED light sources might be higher in some instances than incandescent or halogen sources. Additionally, over time the constancy of the colour rendering index known as Ra (or CRI, a measure of whether the colour impression of the object is faithfully reproduced to an observer) is being challenged.

Participating in the project resulted in the rating of several different Luxsystem LED light sources( both T5 and the SLS LED lamps were examined). The results indicate that the lamps offer quite impressive colour rendering values from 91 to 96 with equivalency colour temperatures ranging from  927, 930 and 940. In conclusion Luxsystem light sources (including those of the SL 20.3 LED) are significantly better than the median while exceeding the requirements necessary for preventive conservation considerations. For additional information regarding T5 / SLS LED light sources please contact us and at 0049 5662 939923

How can we help you?
Call E-mail